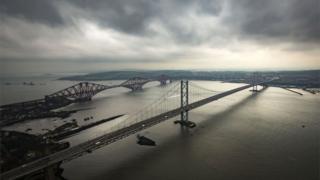 About 70,000 vehicles cross the bridge each day

Traffic is returning to the Forth Road Bridge after the completion of temporary repairs.

Heavy goods vehicles will remain banned from the crossing until further work is carried out, with this scheduled for completion by “mid-February”.

The bridge was closed to all traffic on 4 December after a crack was discovered in a truss under the carriageway.

In normal operation, the bridge handles 70,000 vehicles each day and closure has caused significant disruption.

The partial re-opening is ahead of schedule, with officials having previously estimated that …read more