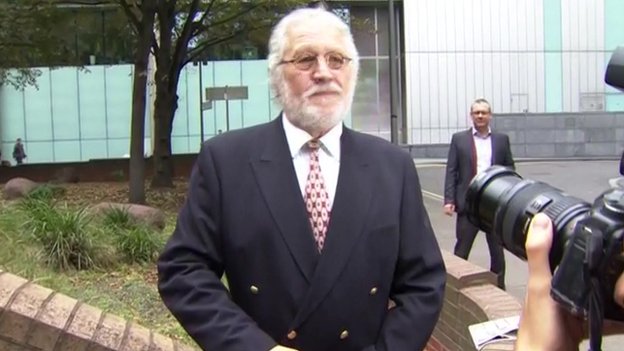 Dave Lee Travis was an opportunist who groped vulnerable women and those who were alone, a jury has heard.

Miranda Moore QC began outlining the prosecution case against the 69-year-old at Southwark Crown Court, saying Mr Travis “seemed to act as if he had a perfect right” to grope women.

A jury was unable to reach a verdict on the first two charges in a trial earlier this year.

The third charge relates to an indecent assault alleged to have taken place in January 1995.

A jury of six men and six women was sworn in for the retrial on Tuesday.

Trial judge Anthony Leonard QC told them: “The defendant who you are to try is called David Griffin but is better known by the name Dave Lee Travis or by the initials DLT.

“It is likely that many of you will remember that at the start of this year he was tried on a number of allegations of a similar nature.

“He was acquitted on all but two of the charges which remain unresolved. These form two of the three charges that you will be asked to consider.

“Ordinarily a jury is not told that a defendant has already faced a trial because it is not relevant to your considerations.

“But because it is likely that a number of you will remember the fact that he was tried earlier this year, it is sensible to tell you so.”