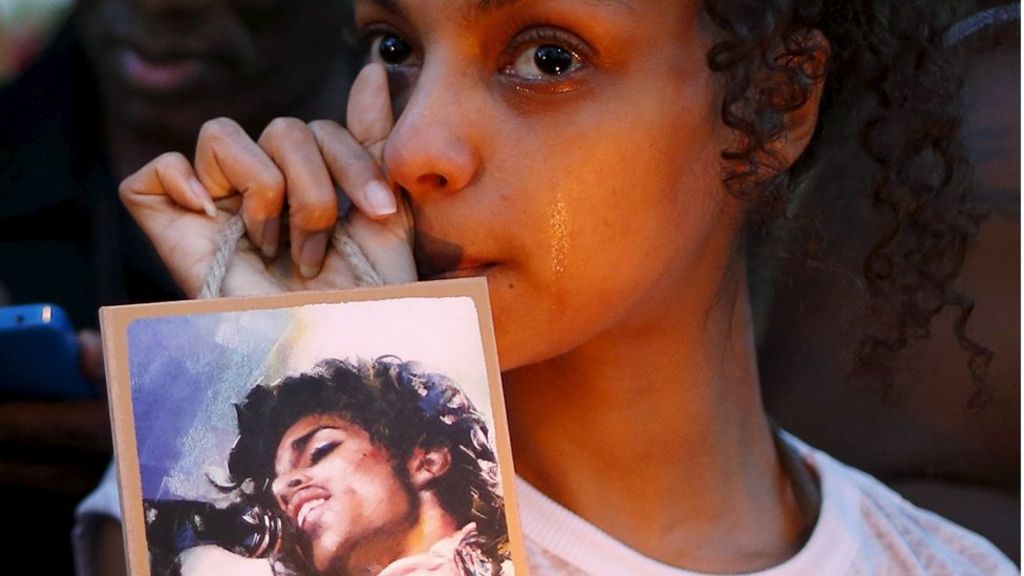 The life of the singer Prince, who has died at the age of 57, is being marked with purple-coloured tributes.

Prince was found dead in a lift at his Paisley Park estate in Minnesota early on Thursday.

No cause of death has been stated and a post-mortem investigation will take place on Friday. President Obama said the world had “lost a creative icon”.

In a statement, Carver County Sheriff Jim Olson said his deputies responded to a medical call at about 09:43 local time (14:43 GMT) and later found an unresponsive adult male in an elevator at Paisley Park Studios.

First responders tried to revive him but he was pronounced dead at 10:07.

In Prince’s native Minneapolis, the Minnesota Twins baseball team turned their stadium purple, as did the Lowry Avenue Bridge in the centre of the city.

Other prominent buildings in New York and New Orleans. And while Niagara Falls were turned purple to mark the Queen’s 90th birthday, the coincidence was welcomed by Prince fans online.

Vigils for the singer were held outside his home as well as in Los Angeles and Brooklyn, where the film director Spike Lee, a friend of Prince’s, led an impromptu street party.

Born in 1958, Prince was a prolific writer and performer from a young age – reportedly writing his first song when he was seven.

He was also and arranger and multi-instrumentalist, and recorded more than 30 albums. His best-known hits include Let’s Go Crazy and When Doves Cry.

He also wrote music for other artists. Nothing Compares 2U, written for The Family, was later made famous …read more