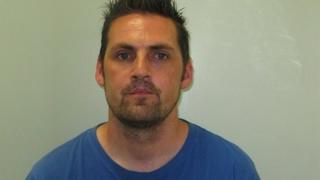 Russell Chandler was jailed for 13 years at Harrow Crown Court

A Tube driver has been jailed for the rape and attempted rape of two women in north-west London in 1994.

Russell Chandler, 41, of Watford, raped a 34-year-old woman on 3 May as she walked through an underpass of the A41 at Watford Way in Mill Hill.

Two days later he tried to assault a 22-year-old in the same area.

Police said Chandler, who was jailed for 13 years, left DNA evidence but was only …read more