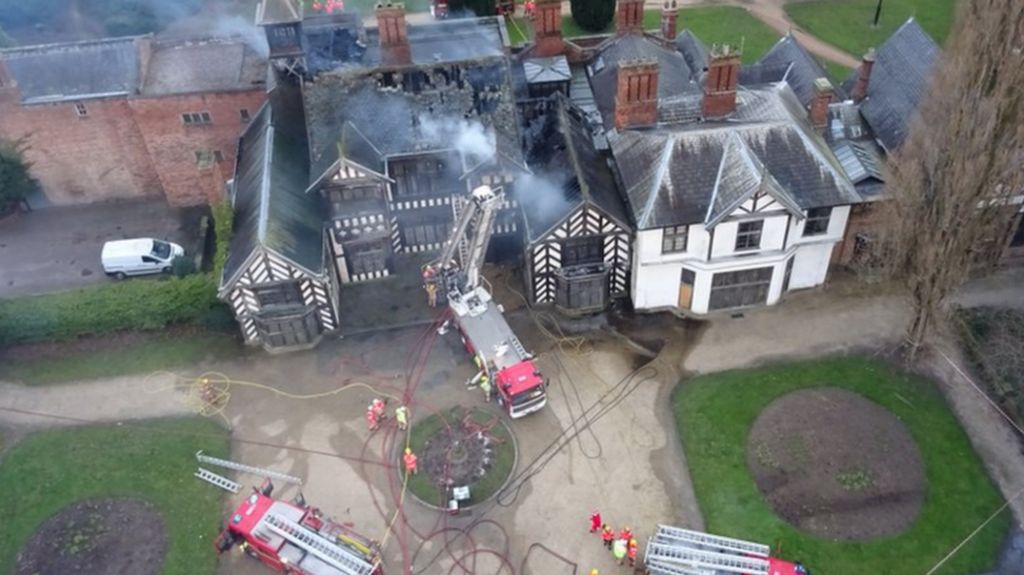 A fire which badly damaged a 16th Century hall in Manchester is “suspicious”, police have said.

The blaze at Wythenshawe Hall, which broke out at about 03:30 GMT, destroyed the roof and caused extensive damage to an upper floor.

Insp Luke Breakspear, of Greater Manchester Police, said the fire investigation was in its infancy.

More than 50 firefighters tackled the fire at the timber-framed Tudor hall, which was built in 1540.

Wythenshawe was home to the Tatton family for about 400 years. It was donated to local people in 1926 and was previously run as a museum and art gallery.