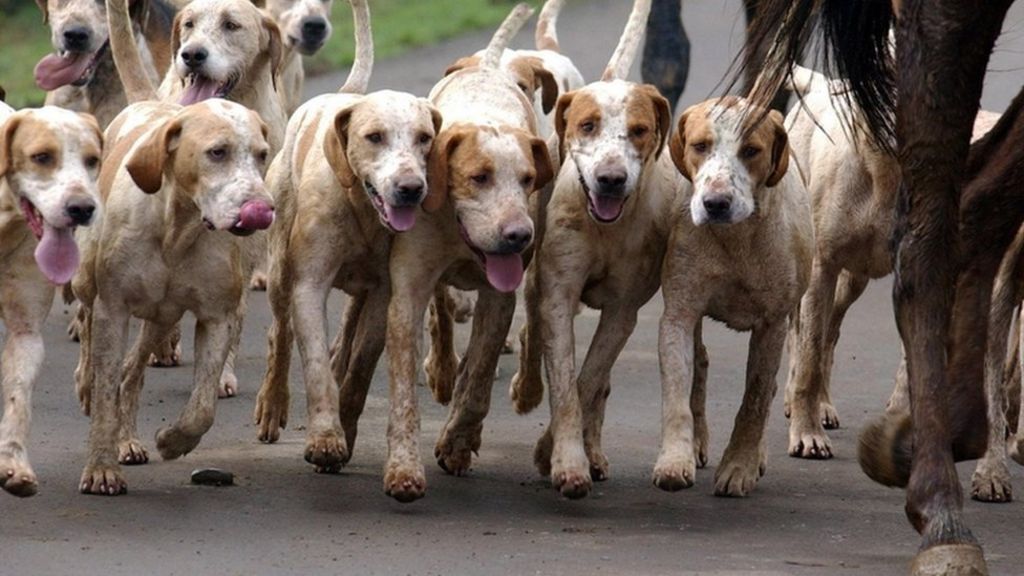 Police said they were called to land off Toft’s Lane, Stathern, at about 15:50 GMT and two men had been arrested on suspicion of assault.

The League Against Cruel Sports said two staff members were attacked by a group of men, some of whom had been on quad bikes and wearing masks.

The injured men are in hospital.

Darryl Cunnington, a former policeman with the Leicestershire force, sustained neck and leg injuries and his colleague Roger Swaine suffered from severe bleeding.

Their injuries are not thought to be life-threatening.

Eduardo Goncalves, chief executive for the League Against Cruel Sports, said its staff monitor the activities of hunts and record evidence if the law is broken.

A Leicestershire Police spokesman said inquiries were ongoing to work out the exact circumstances surrounding the incident.