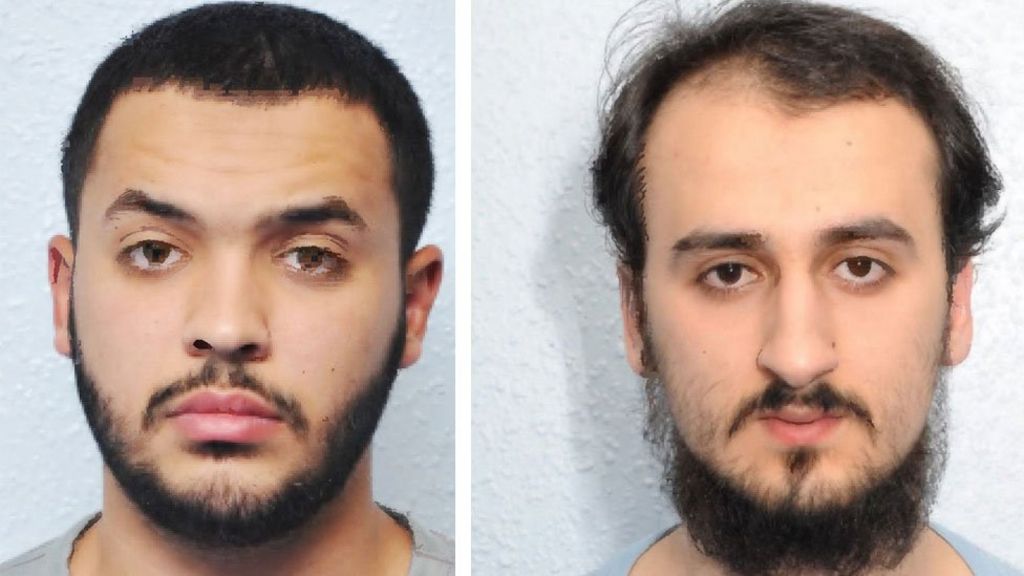 Two men have been jailed for life for plotting to kill police or soldiers in a shooting inspired by so-called Islamic State.

Tarik Hassane, 22, of west London, will serve a minimum of 21 years after admitting conspiracy to murder and preparation of acts of terrorism.

Suhaib Majeed, 22, of west London, was convicted of the same charges and will serve a minimum of 20 years.

Two other men who provided a gun were also imprisoned for firearms offences.

Nyall Hamlett, 25, and Nathan Cuffy, 26, had admitted their role in handing over a gun to Majeed and Hassane, but denied knowing what it was going to be used for.