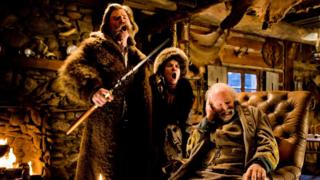 Three leading UK cinema chains will not show Quentin Tarantino’s new movie The Hateful Eight after a dispute with the film’s distributor.

Cineworld, its subsidiary Picturehouse and Curzon, which own some 135 cinemas between them, will not screen the film.

Odeon and Vue – the two other biggest chains – will be showing it.

The western, which stars Kurt Russell, Samuel L Jackson and Jennifer Jason Leigh, has had glowing reviews and been nominated for three Golden Globes.

Oscars will still use accountant firm PwC despite...