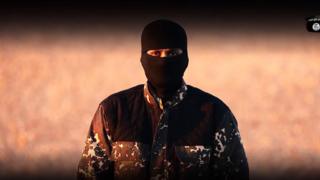 The UK’s security and intelligence agencies are to examine a video by so-called Islamic State, to identify a man and young boy with British accents.

The video purportedly shows the killing of five men who IS says were spying for the UK.

The man threatens attacks in the UK, during the 10-minute film.

He also says the footage, which has not been independently verified, is a message for Prime Minister David Cameron.

After the apparent killings the young boy, who seems to be aged about six or seven years old and is wearing military-style clothing, is seen pointing into the distance and talking about killing “unbelievers”.

IS has repeatedly used children in its propaganda videos.

Man took wedding ring off the fingers of...

Child tooth decay on the decline