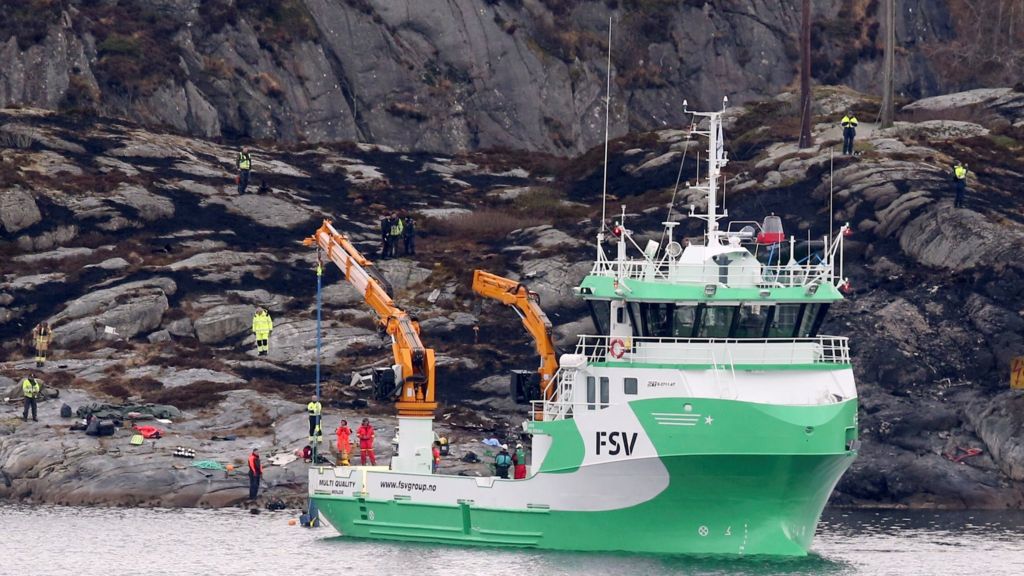 UK air accident investigators will travel to Norway later to assist with an inquiry into a helicopter crash, thought to have killed 13.

A team from the UK’s Air Accidents Investigation Branch is heading to the city of Bergen, near the crash site.

Eleven people, including one Briton, died and two more are presumed dead after the Airbus EC225LP helicopter – or Super Puma – crashed on Friday.

Commercial Super Puma flights in the UK have been grounded following the crash.

The helicopter was flying from the Gullfaks oil field to Bergen, a centre for the North Sea oil and gas industry, when it crashed near the small island of Turoey.

A major rescue operation was launched but ended within hours of the crash. No survivors were found.

Eleven Norwegians and an Italian were also on the flight, which crashed close to the country’s west coast as it transported workers from a North Sea offshore oil field.

The UK’s Air Accidents Investigation Branch said it was deploying a “small team” to assist Norwegian officials in their investigation.

It has investigated a number of crashes involving helicopters operating to and from offshore oil and gas fields in recent years.

In 2012, EC225 Super Puma helicopters crashed in two incidents in Scotland – one off Aberdeen and another off Shetland – that were both blamed on gearbox problems.

In both cases, all passengers and crew were rescued. EC225s in the UK were grounded following the crashes but given the go-ahead to resume flying in 2013.

The restriction does not apply to search and rescue flights, the CAA said.

BP and Statoil have also suspended the use of the aircraft model, so it is unable to carry oil and gas workers.

“Following the accident, the UK CAA has …read more