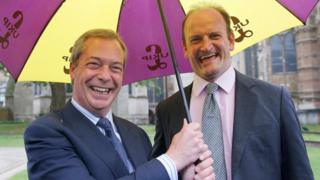 His comments come after UKIP’s only MP, Douglas Carswell, said the party needed a fresh face at the top.

Mr Crowther said Mr Carswell was an “independent thinker” who was “musing aloud” but it was “absolutely wrong” to suggest Mr Farage had peaked.

He said UKIP’s ruling executive committee would want to talk to Mr Carswell when it met in January.

Farah roared on to London victory

Two arrests in investigation into alleged misconduct at...