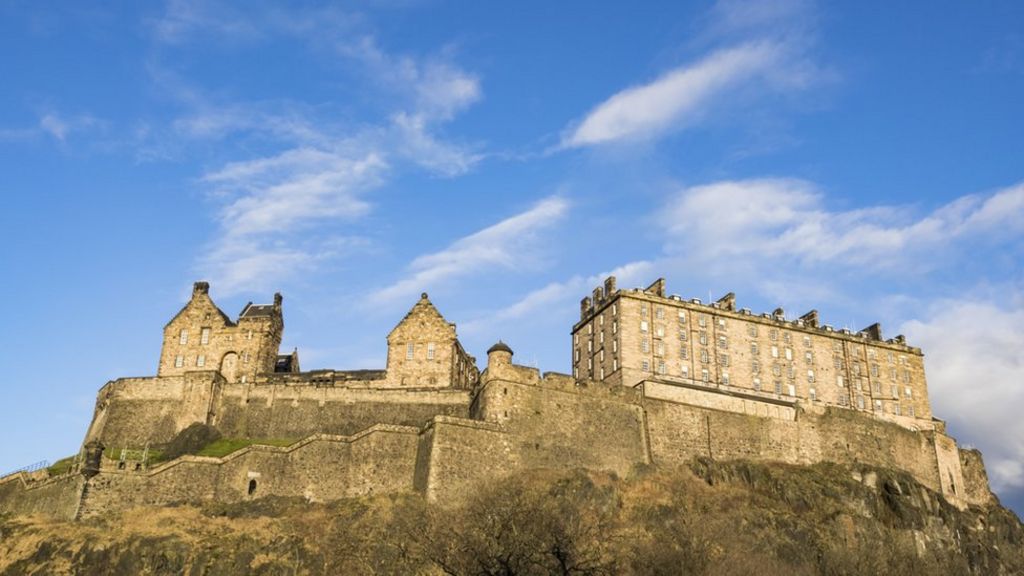 Edinburgh’s festival season will begin with a spectacular light and music display projected on to the capital’s iconic castle and Castle Rock.

The artwork will explore 350 million years of Edinburgh history, accompanied by a soundtrack compiled by Glasgow rock band Mogwai.

Organisers said it would be “one of the largest and most unusual projections ever undertaken anywhere in the world”.

The event will mark the start of the Edinburgh International Festival.

It begins on 7 August, with more than 2,000 artists from 36 nations expected to perform.

Leo Warner, of 59 Productions, which is behind the Deep Time artwork at the castle, said: “We are going to start with the cataclysmic events which brought castle rock into being, specifically the volcano that it rose from.

“When audiences come to see this piece they should expect to see one of the largest, most unusual bits of projection mapping ever undertaken anywhere in the world.”

Deep Time have worked with academics from the University of Edinburgh to employ cutting edge three dimensional animation and projection techniques.

Festival director Fergus Linehan said: “The International Festival is an invitation from the people of Scotland to people from all over the world to join us in an unparalleled celebration of creativity, virtuosity and originality.

“The calibre, ambition and passion of the artists and ensembles in this year’s programme combined with Edinburgh’s electric festival atmosphere, will make for an unforgettable experience for newcomers and international festival veterans alike.”