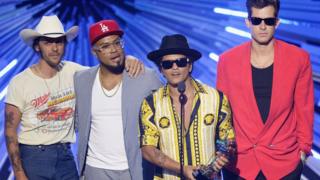 Mark Ronson’s Uptown Funk has been named the biggest-selling song of 2015 in the UK – despite having been released at the end of 2014.

The track notched up a combined sales and streaming total of 1.76 million, the Official Charts Company said.

As well as spending seven weeks at number one from December 2014, it remained in the UK top 40 for 39 weeks.