US actress Elizabeth Pena, who appeared in films including Lone Star and Rush Hour, has died at the age of 55.

Pena was also known for TV shows like sitcoms I Married Dora and Modern Family, in which she played the mother of Sofia Vergara’s character Gloria.

Other film credits included La Bamba, Jacob’s Ladder, Batteries Not Included and Down and Out in Beverly Hills.

The Cuban-American actress was a familiar face from her dramatic and comedic roles on the big and small screens.

She caught the eye in 1986’s Down and Out in Beverly Hills, playing the maid Carmen alongside Bette Midler, Richard Dreyfuss and Nick Nolte.

She won the role, she said, by bribing a security guard at Disney Studios to let her in to see the casting director after an agent had told her she was not attractive enough for the role. 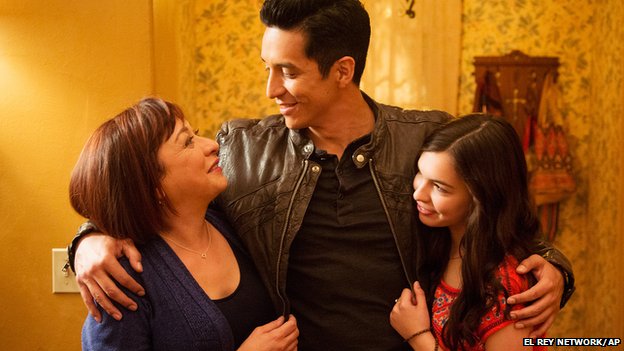 That led to parts in in the Ritchie Valens biopic La Bamba and alien comedy Batteries Not Included. On TV, she played a Hispanic housekeeper who married her employer in I Married Dora.

After playing the wife of Tim Robbins’ Vietnam veteran in Jacob’s Ladder, she won an Independent Spirit Award for her role in murder mystery Lone Star alongside Matthew McConaughey and Chris Cooper.

Those paying tribute to her included Ugly Betty star America Ferrera, who wrote on Twitter: “Heartbroken to hear the news of Elizabeth Pena’s death. She was such a light. So glad …read more

Adele 'attacked' by bat on stage in Mexico...