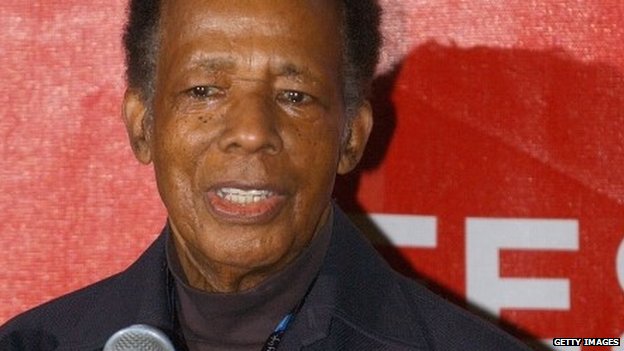 The award-winning US broadcaster and film-maker, William Greaves, has died in New York aged 87.

Greaves’s grand-daughter, Liani, said he had suffered a long illness before he died at home in Manhattan.

Greaves won an Emmy for co-hosting the 1960s news programme, Black Journal, one of the first current affairs programmes aimed at black viewers.

Greaves’s film, Ali the Fighter, was one of his most widely-seen productions.

The documentary told the story of the 1971 championship fight between Ali and Joe Frazier, which Frazier won over 15 rounds.

In 1991 Greaves told the Associated Press it had been difficult to make the boxers forget they were being filmed.

“When Ali finally caught up with the film, he was amazed,” said Greaves.

“He said, ‘How did you get that? You shot this?’ He was involved with his own life, and he didn’t know what we were doing.”

In 1968 he was asked to co-host Black Journal, which was first screened two months after the assassination of the American civil rights leader, Martin Luther King Jr.

Black Journal won an Emmy in 1970 for excellence in public affairs.

Bieber back on top in singles chart