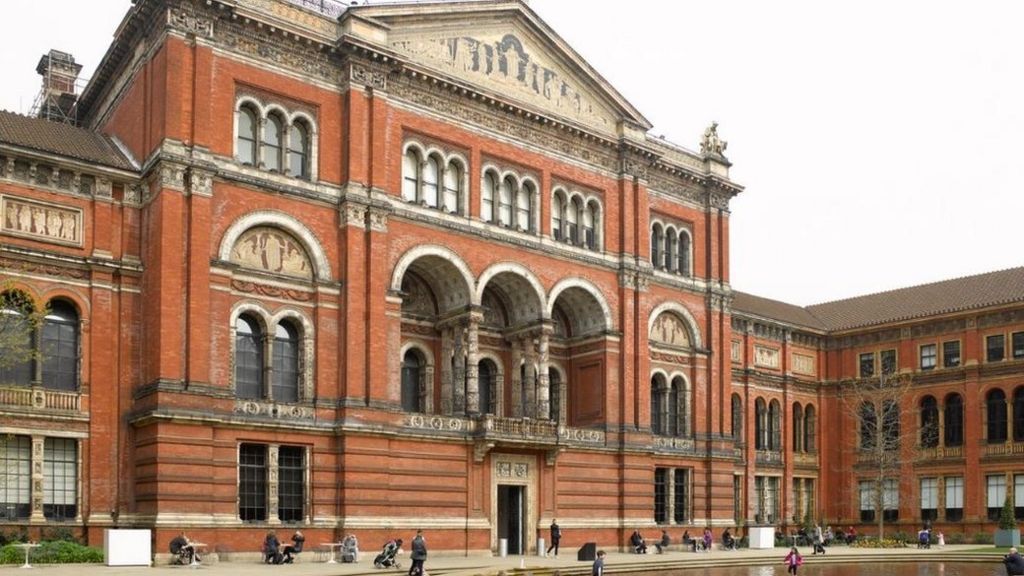 London’s Victoria and Albert (V&A) is one of five museums nominated for this year’s £100,000 Art Fund Prize.

The Art Fund awards its museum of the year prize to an establishment which has “shown exceptional imagination, innovation and achievement”.

The others shortlisted are Bethlem Museum of the Mind in London, Bristol’s Arnolfini, Edinburgh’s Jupiter Artland and York Art Gallery.

The winner will be announced on 6 July at the Natural History Museum.

Last year the prize was awarded to the Whitworth in Manchester.

Stephen Deuchar, director of the Art Fund, said this year’s shortlist showed “why and how UK museums lead the world”.

“Each one of these five museums is outstanding – not just for the collections they display, but for the people who work there, and the visitors whose lives they can change,” Mr Deuchar continued.

“Whether reaching audiences of thousands or millions, the best museums turn objects into culture, put audiences at the heart of their work, and engage with issues of the moment.”

The V&A has long been considered one of the UK’s – and the world’s – foremost museums of art and design and a leading visitor attraction as a result.

And the last 12 months has proved a record-breaking year for the establishment, pulling in 3.9 million visitors, and a further 14.5 million online visitors.

This success has been largely due to a major gallery restoration project and sell-out exhibitions such as a Alexander McQueen: Savage Beauty, in celebration of the innovative designer who died in 2010, which attracted a record-breaking 493,043 visitors from 87 countries.

Its 2013 hit David Bowie Is retrospective, which embarked on a global tour after its London run, notched up its millionth visitor in Paris in May.

Other highlights have included a major show of Indian textiles and a worldwide touring programme for the V&A’s Museum of Childhood.

The Bethlem Museum of the Mind is described by the Art Fund as “extraordinary”. It holds an extensive collection of archives, art and historic objects relating to the history of mental health care and treatment.

It was opened by the Turner Prize-winning artist Grayson Perry in 2015.

Jupiter Artland is an award-winning sculpture collection on the outskirts of Edinburgh. A charity, it focuses on nurturing the work of contemporary artists and commissioning site-specific work for its 100-acres of woodland and meadow.

The museum was established in …read more