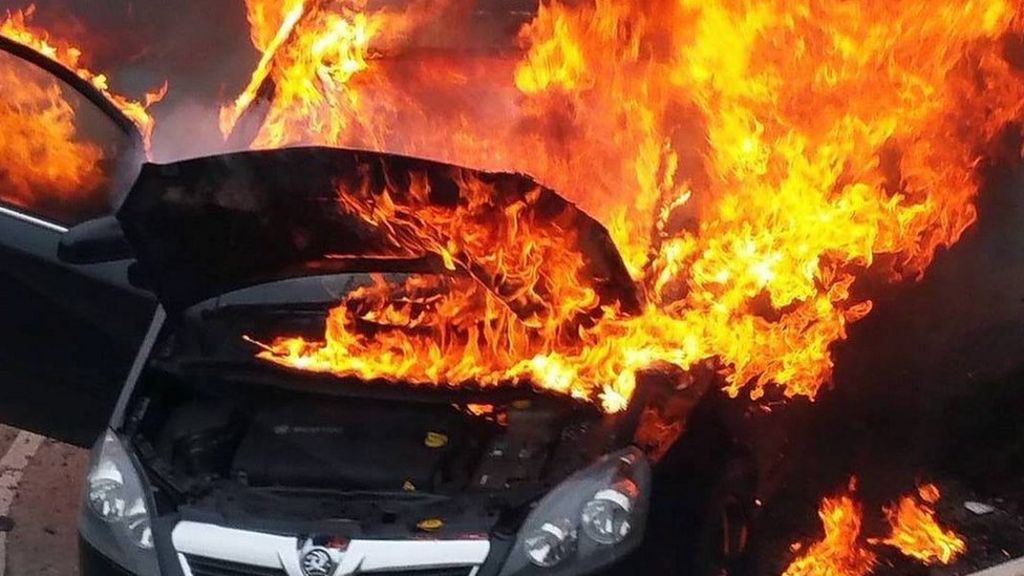 More than 234,000 Vauxhall Zafiras have been recalled for a second time over an engine problem that has caused some cars to burst into flames.

Vauxhall said it was taking “preventative action” after originally recalling the Zafira B in December.

The manufacturer blamed improper repairs to the car’s blower motor resistor for the fires.

Vauxhall advised drivers who had not yet taken their car to be repaired after the first recall to do so.

In November, the London Fire Brigade said it had attended 71 fires in Zafiras – not including arson attacks – since 2013, compared with just 38 in the previous four years.

Vauxhall said the latest recall would involve “improving the overall robustness of the system” rather than simply replacing the resistor and its fuse, which the firm started doing last year.

In December, Vauxhall wrote to all 234,938 Zafira B owners regarding the problem.

A Vauxhall spokesman said: “While the current action achieves the objective of returning vehicles to their original condition, after extensive investigations we have decided to go further and improve the overall robustness of the system.

“We will therefore be initiating a second recall to replace the current soldered fuse resistor with a wax fuse resistor so reducing the opportunity for manipulation.

“When the recalls are complete, all vehicles will have a new wax fuse resistor, a new blower motor and a new moulding at the base of the windscreen to address water ingress.”

Both recalls have been free for car owners and the company will be writing to customers soon with information.

Letters inviting them into dealerships for the second recall are expected to go out in August. Drivers who have not yet had the work from the first recall completed should still take their cars to dealerships, Vauxhall said.

Bradley Lowery: 'No hope left' for five-year-old with...

Network Rail sell-off 'on the table'