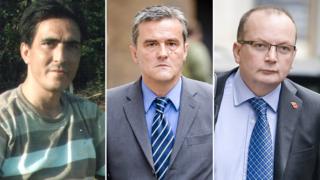 An ex-police officer and a former PCSO have been jailed for how they dealt with a disabled man who was later murdered in a vigilante attack.

Bijan Ebrahimi, 44, was killed in Bristol nearly three years ago amid false claims he was a paedophile.

PCSO Andrew Passmore, 56 and Pc Kevin Duffy, 52 were convicted of misconduct in connection with the death and sacked by Avon and …read more

Peter Fox jailed for life for manslaughter of...