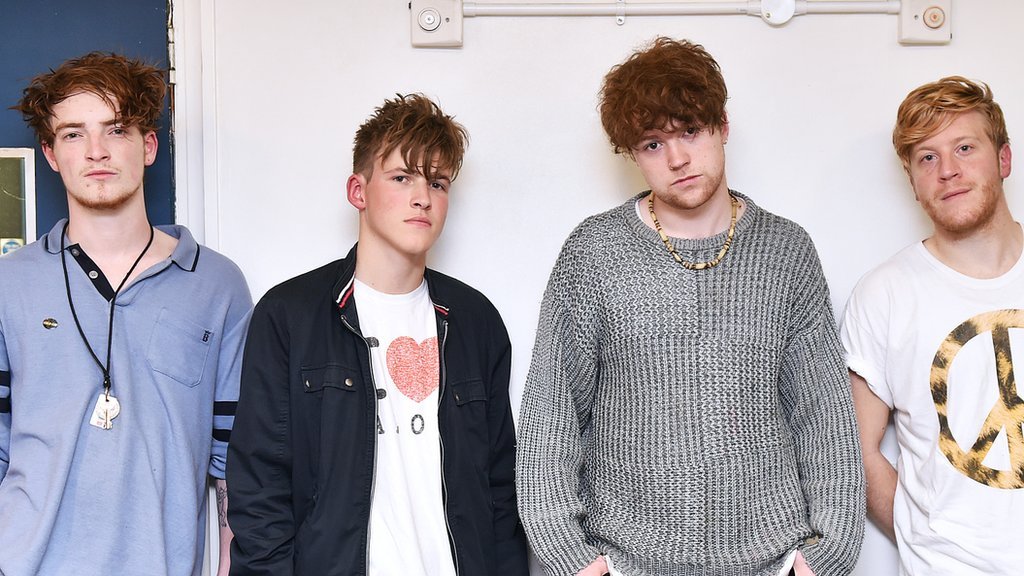 The debut album from Viola Beach – the British band killed in a car crash in February – looks set to reach number one in the album chart.

All four members of the band and their manager Craig Tarry died when their car plunged into a canal in Sweden.

The Official Charts Company said Viola Beach’s self-titled album was leading the chart by around 6,000 sales.

The families of the Warrington band said they have released the album to “celebrate” their lives.

Their album features nine songs including Swings And Waterslides – which reached the top 20 in the singles chart earlier this year.

In June, Coldplay paid tribute to Viola Beach at Glastonbury by performing the band’s song Boys That Sing as part of their headline slot on the Pyramid Stage.

This week’s official chart will be revealed by DJ Greg James on BBC Radio 1 at 17:00 BST on Friday.