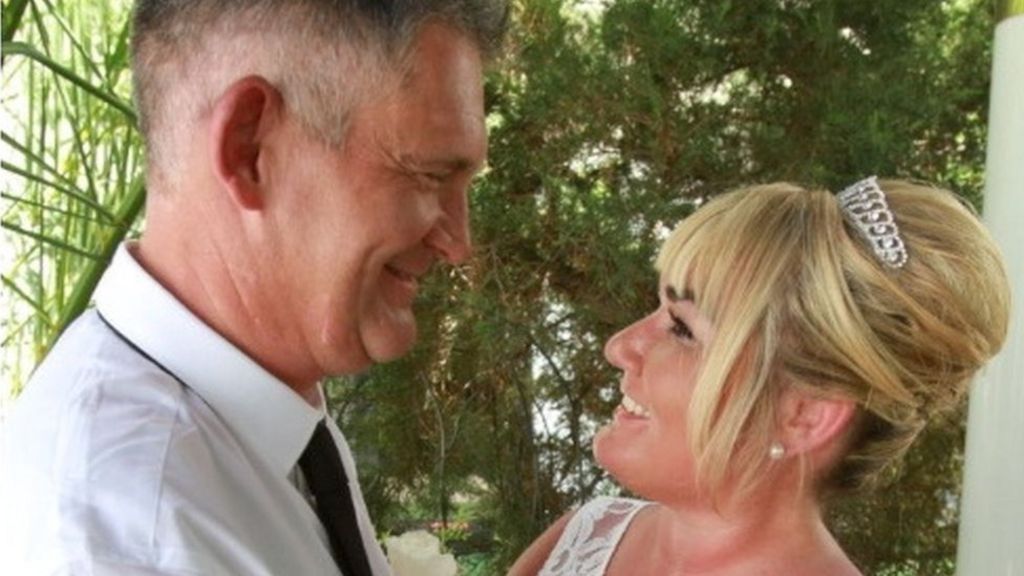 A woman who regularly beat her newly-wed husband has been convicted of his murder by stabbing him through the heart with a kitchen knife.

The 51-year-old was found dead in bed with a chest wound, two months after the pair married in Las Vegas.

At Manchester Crown Court she was jailed for life and will serve at least 20 years.

The court was told she was “domineering” and had given her husband a black eye before their wedding day.

She “quite liked the idea of being a solicitor’s wife” and was furious when Mr Edwards was told he was losing his job, the jury was told.

The criminal lawyer had been recorded describing how his wife could “knock him out with one punch” and that she hit “rather hard”.

During the trial, Anne Whyte QC, for the prosecution, described how Mr Edwards had been “under the thumb” and was “plainly besotted” after meeting his wife-to-be in June 2014.