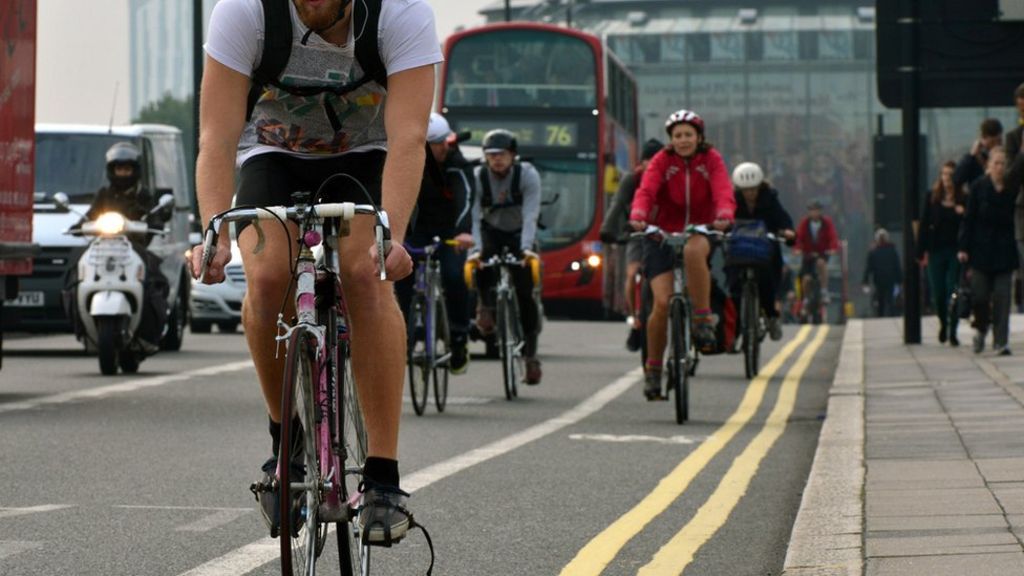 The government has unveiled proposals to encourage people to cycle and walk more in England.

The Cycling and Walking Investment Strategy includes the ambition of doubling the number of people using bikes by 2025.

Cycling campaigners warned the strategy “won’t be worth the paper it’s written on” without sustained funding.

A consultation has been launched to seek views on the plans and will close on 23 May, with a final strategy published in the summer.

The Department for Transport (DfT) said it wanted walking and cycling to be the “natural choice” for shorter journeys, or as part of a longer journey, by 2040.

This would be done through providing “safe and attractive infrastructure” to encourage journeys on bike and foot, it said.

The DfT said the strategy marked a “major shift from short term funding streams for cycling and walking to a strategic long term approach”.

Mr Goodwill said the plans would “benefit the whole of society by boosting the economy, improving health, cutting congestion and improving air quality”.

He added: “Realising our ambition will take sustained investment in cycling and walking infrastructure.

“That’s why we have committed over £300m to support cycling and walking over this Parliament and this will increase further when spending on enhancing and maintaining existing infrastructure is taken into account.”

But British Cycling and CTC, the national cycling charity, have called for the objectives and funding proposals in the draft strategy to be strengthened.

They point to the parliamentary Get Britain Cycling report, which called for investment in cycling of at least £10 per person annually, rising to £20, in order to boost cycle use to 10% of trips by 2025, and to 25% by 2050.