Watership Down 'would be PG today' 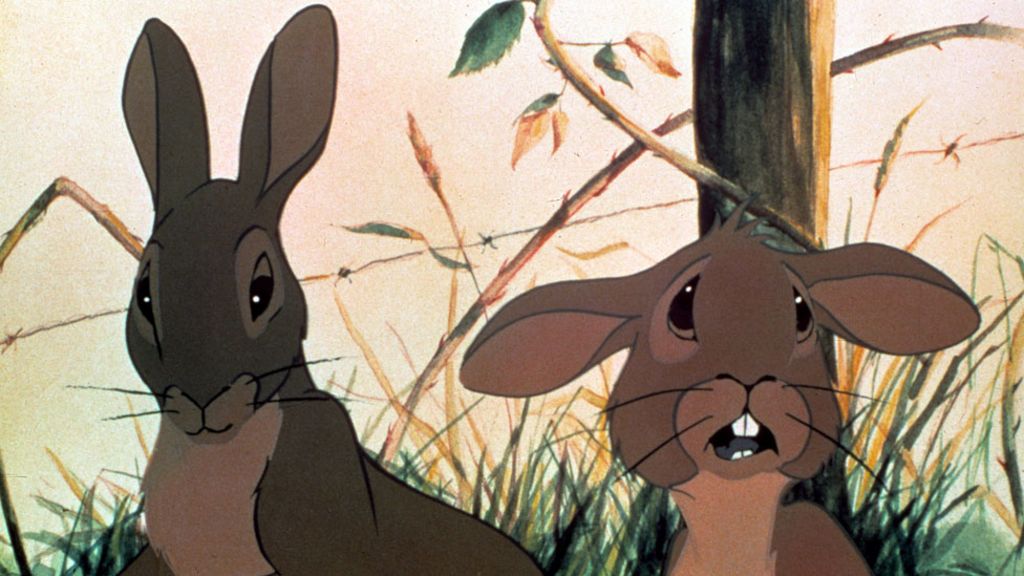 The U-rated 1978 film Watership Down would be classified PG were it released today, the new head of the British Board of Film Classification has said.

BBFC chief executive David Austin told BBC Radio 5 live its violence was “too strong” for it to be rated U now.

He added the film also contains language that would be “unacceptable” in a film rated U under 2016 criteria.

His comments followed complaints over the film’s content after it was aired on Channel 5 on Sunday.

“Well done to whoever at Channel 5 decided that Watership Down was a nice Easter Sunday afternoon film to show,” wrote one tweeter.

Based on the novel by Richard Adams, the animated film tells of a group of rabbits who leave their burrow in search of a new home.

Their quest brings them into contact with a battle-scarred rabbit called “General” Woundwort, as well as a gull called Kehaar who tells another character to go away using an expletive.

The BBFC continues to receive “one or two complaints” each year over its content, which includes scenes of rabbits fighting, being throttled and gasping for air.

The film – which features the voices of Sir John Hurt and the late Richard Briers – received a U rating on its initial release for its “very mild language, mild violence and threat”.

According to Austin, though, “standards were different then”. “The film has been a U for 38 years, but if it came in tomorrow it would not be,” he continued.

For it to receive a different rating, however, it would have to be re-submitted to the BBFC – something Austin said would only happen if the title was acquired by a new distributor who wished to re-release it.

According to BBFC guidelines, a U-rated film “should be suitable for audiences aged four years and …read more