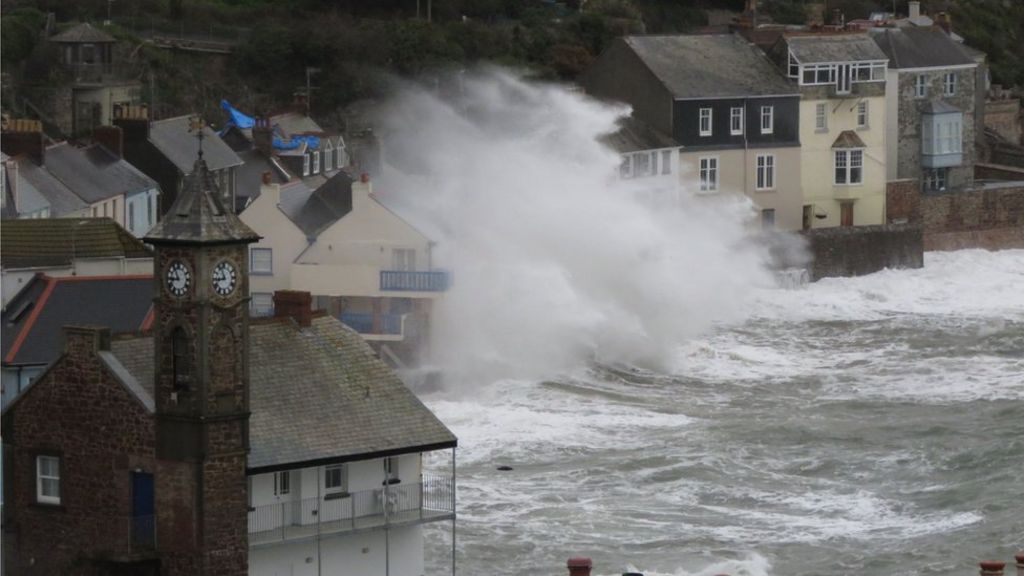 Huge waves whipped up by winds that reached 65mph have caused flooding in a number of seaside towns in Cornwall.

A hotel’s ground floor was flooded in St Mawes after waves smashed windows.

Ferries were cancelled in Cornwall and there were delays on trains out of the South West after waves topped sea defences at Dawlish in Devon.

Ferry firm Condor said the Liberation was unable to berth in Guernsey and passengers to Poole were advised to book alternative services.

The ground floor including the cafe at the Ship and Castle Hotel in St Mawes was flooded for several hours until the fire service pumped out the water.

Firefighters were also called to deal with flooding at three homes in Penzance and flooding was also reported in Looe.

A spokeswoman at the Ship and Castle said: “There was nothing we could do, the force of the storm pushed in the windows.

“Now we are concerned about what is going to happen at the next high tide this evening.”

Spring tides are forecast for about 21:00 BST but the wind is expected to subside, according to forecasters.

Twelve flood warnings – the second highest category – and 16 flood alerts have been issued by the Environment Agency for the South West.

Part of the esplanade in Exmouth, Devon was closed to protect people from flying debris.

The Sandbanks chain ferry between Poole and Studland in Dorset was halted for two hours.

The second day of the two-day Fish and Ships food and boat festival in Portland, where gusts of up to 50mph were predicted, was also abandoned.

Policeman hurt in Rayleigh as motorist drives over...

'Freedom of Leicester' for sealed in lorry text...