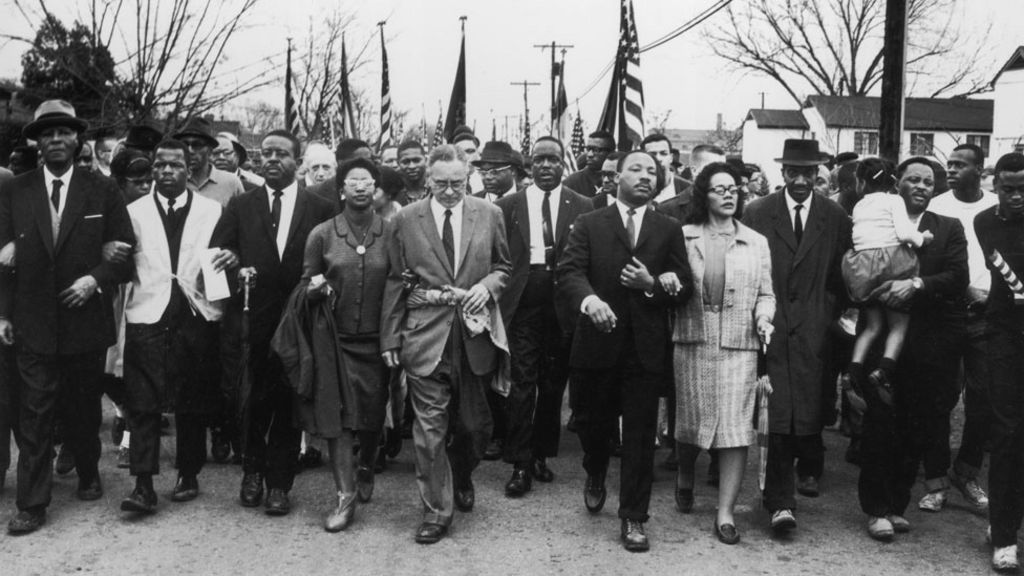 A song that became an anthem of the US civil rights movement should be free for all to perform, say lawyers seeking to end its copyright protection.

They claim the holders of the copyright are not entitled to charge for the use of We Shall Overcome, which was sung by supporters of Martin Luther King Jr’s campaign against institutional racism.

The song has a long history and can be traced back to a 19th Century hymn.

It was later used by the labour movement in the early 20th Century.

We Shall Overcome was taken up as a rally cry and was sung at the 1965 march from Selma to Montgomery in Alabama, led by Martin Luther King.

The song was popularised in the 1960s by folk musician Pete Seeger and others, which led it to be copyrighted as a “derivative work”.

Seeger’s arrangement has since been performed by many artists, including Diana Ross, Bruce Springsteen and Pink Floyd’s Roger Waters.

The current dispute arose when a California-based group called the We Shall Overcome Foundation sought permission to include the song in a documentary.

New York-based publishers the Richmond Organisation and Ludlow Music Inc refused the request and threatened it with a financial penalty if it violated the copyright.

Lawyers from Wolf Haldenstein Adler Freeman have now taken up the case, claiming that licensing fees for We Shall Overcome have been “unlawfully demanded and extracted”.

The same law firm previously argued for Happy Birthday to enter the public domain, a case that led to a judge’s ruling that its lyrics could be used without the payment of royalties.

The Who unveil first song since 2006