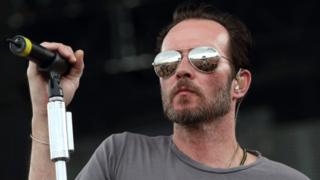 Weiland was touring with his current band, Scott Weiland & the Wildabouts when he died

Stone Temple Pilots frontman Scott Weiland died from a toxic mix of drugs including cocaine, alcohol and ecstasy, a US medical examiner has said.

Weiland, who was 48, was found dead on his tour bus outside a hotel in Bloomington, Minneapolis, on 3 December.

The medical examiner determined his death was an accident.

Bloomington police said at the time they recovered a …read more

Fantastic Beasts and Where to Find Them sequel...