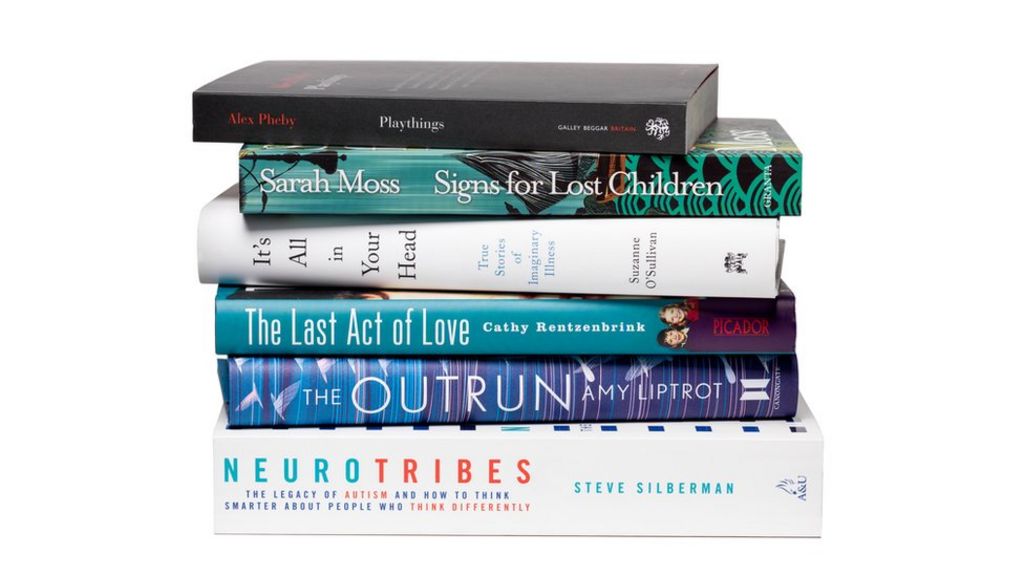 Books about autism, alcoholism and psychosomatic illness have been included in the shortlist for the 2016 Wellcome Book prize.

It recognises “books being written and published exploring the role of medicine in our lives and our literature.”

The list features works of both fiction and non-fiction.

The winner – judged by a panel including broadcaster Joan Bakewell – receives £30,000.

The other judges on the panel are cancer biology professor Frances Balkwill, and writers Damian Barr, Tessa Hadley and Sathnam Sanghera.

Amy Liptrot’s The Outrun is a memoir about her struggle with alcoholism, and recovery on the island of Orkney.

The other shortlisted memoir is Cathy Rentzenbrink’s The Last Act of Love, a bestselling account of the aftermath of an accident which left her brother in an eight-year coma.

Alex Pheby is shortlisted for his novel Playthings, based on a true case of schizophrenia; and Sarah Moss’ Signs for Lost Children tells the story of a pioneering doctor.

Neurologist Suzanne O’Sullivan’s It’s All in Your Head is an exploration of psychosomatic illness and Steve Silberman’s Neurotribes about autism, which won the 2015 Samuel Johnson Prize, completes the line up.

Last year’s winner was Marion Coutts’ The Iceberg, a memoir by the widow of a man who died of a brain tumour.

The Outrun by Amy Liptrot

It’s All in Your Head by Suzanne O’Sullivan

The Last Act of Love by Cathy Rentzenbrink

The winner will be announced at a ceremony on 25 April.

Four ways the singles chart can be fixed