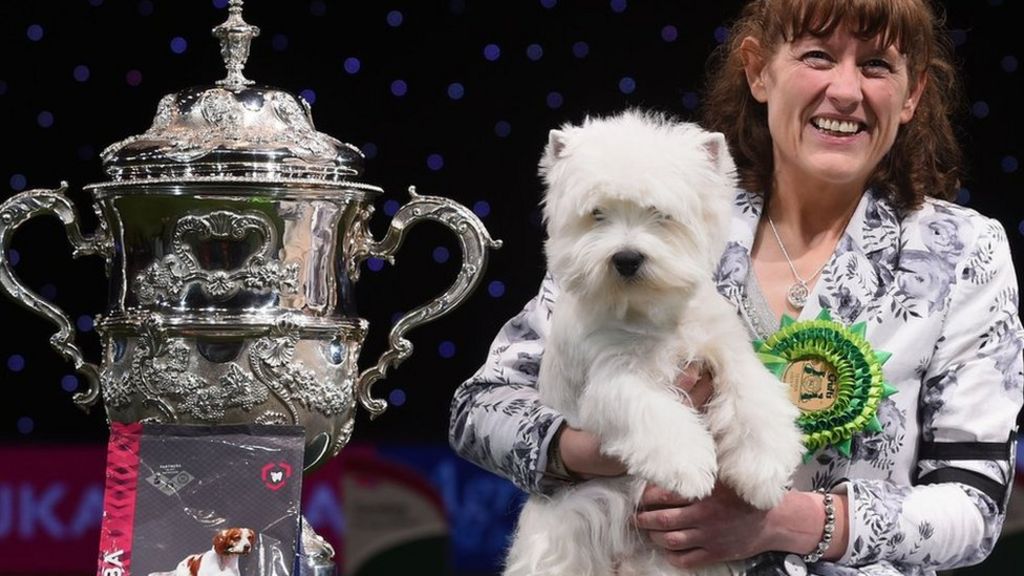 A West Highland Terrier has claimed the top prize at Crufts for the first time in 26 years.

Devon was named Best In Show at the annual dog show, an achievement described as “absolutely amazing” by owner Marie Burns from County Durham.

More than 22,000 dogs took part in the four-day event at the NEC in Birmingham as the competition celebrated its 125th year.

White Westie Devon beat off competition from six other dogs in Sunday’s final.

Ms Burns said: “To win Best In Show at Crufts is absolutely amazing.”

Ant and Dec tweeted their congratulations to the winner, who is also known as Geordie Girl and is almost two years old.

The presenting duo, originally from Newcastle, wrote: “Told you!!! Yess, Geordie Girl wins Best in Show!” and “Yay #GeordieGirl! What a belter!”

Hazel the Whippet was the runner-up, alongside her owner Charlie Donaldson from Middlebie, Dumfriesshire.

The 19-year-old, the youngest handler in Best In Show, said: “Words can’t describe how much this means. I’m so proud.”

Kennel Club secretary Caroline Kisko said: “This has been a fantastic year and a wonderful final, and it’s clear to see why, for 125 years, Crufts has been one of the major British events.”

Poor pupils 'no better in academies'