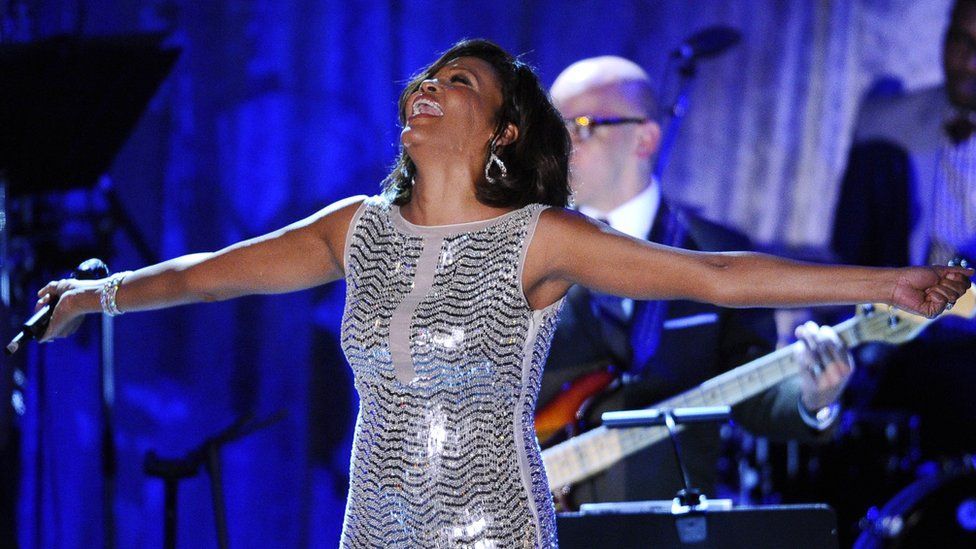 From the section Technology

Whitney Houston’s image will be created using a patented formula based on a 19th century illusion called Pepper’s ghost.

A 3D moving image of the late singer Whitney Houston is being developed by a US entertainment firm.

It is working with the Houston estate and hopes to tour the product in 2016.

Brad Pitt 'will not be charged' after FBI...