Hollywood star Reese Witherspoon has said her new film Wild was the most challenging of her career to date.

The Oscar-winning actress plays a young woman who goes on a 1,100-mile hike across the Pacific Crest Trail after the break-up of her marriage.

Based on the memoir by Cheryl Strayed, Witherspoon’s role involves scenes of explicit sex and drug taking.

“It’s the hardest I’ve ever done for many different reasons,” Witherspoon told reporters in London.

“The physicality was really difficult, but after that was the emotional part of it,” she continued ahead of the film’s European premiere.

“The sex scenes were the hardest thing for me to do. I’ve never had to do anything like that in my entire life.

“I had to do all the parts of the movie, the parts that made me feel uncomfortable too, because it is about emotional honesty,” the 38-year-old went on.

The actress, who also co-produced the film, has been tipped as a frontrunner for next year’s best actress Oscar.

She previously won the award in 2006 for her role as Johnny Cash’s wife in Walk the Line.

The actress revealed the backpack had originally been filled with newspaper, only for director Jean-Marc Vallee to exchange it for a heavy load to make her movement look more realistic. 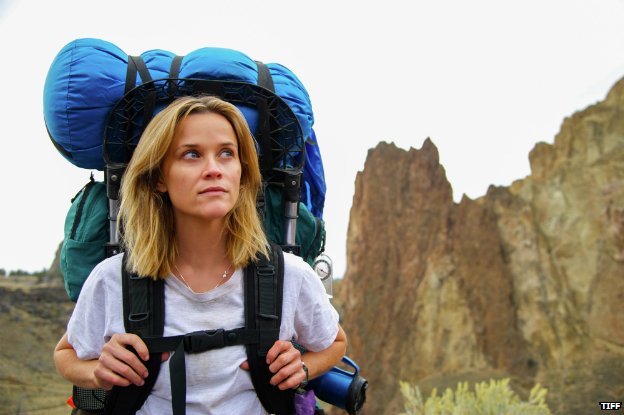