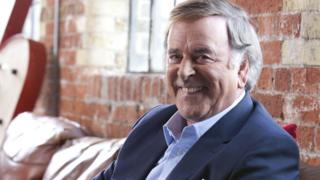 Sir Terry Wogan to have ‘private’ funeral next week

The funeral of Sir Terry Wogan will take place next week, the BBC has said.

A statement said the funeral would be a private service for the family.

“No further details will be released, and we ask that the family’s wish for privacy is respected at this time,” it added.

Sir Terry had a 50-year career on radio and television, including Wake up to Wogan on BBC Radio 2 and the Wogan chat show on BBC One.

He was also the voice of the Eurovision Song Contest in the UK for many years and had been involved in the Children in Need appeal since it began in 1980.

Sound of Music sing-along at Proms