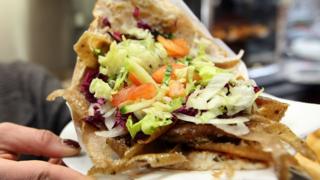 A woman called 999 to report she had been assaulted with a kebab in Manchester.

The victim was struck by the takeaway dish after it was hurled at her by a man in the early hours of Thursday in the city centre.

She dialled 999 to report the kebab attack and that she had then been assaulted.