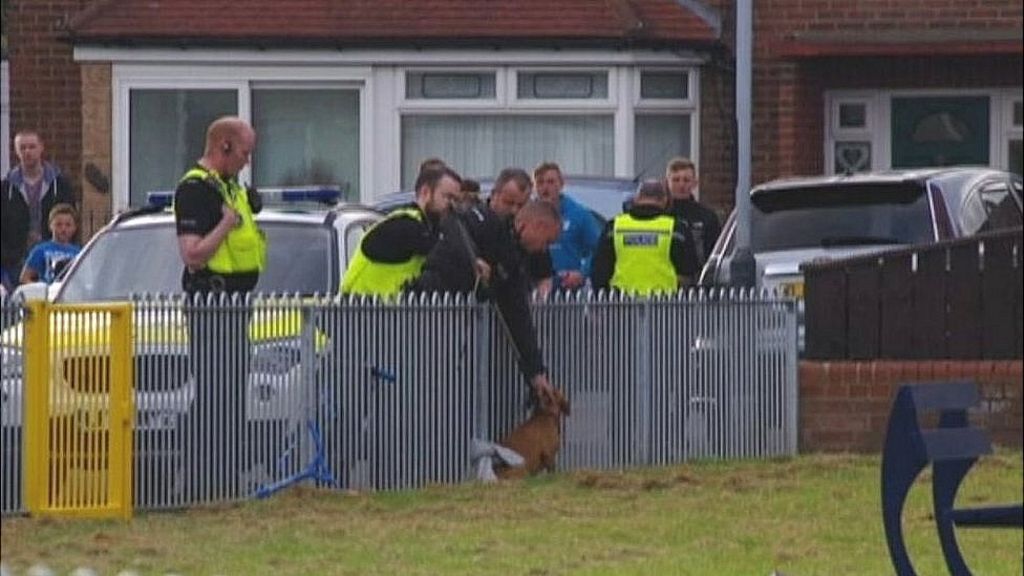 A woman has appeared in court after 11 children were bitten by a Staffordshire bull terrier in a playground.

Claire Neal, 37, of Chasedale Crescent, Blyth, pleaded not guilty to a charge of being the owner of a dog that was dangerously out of control.

Three of the children were taken to hospital after the incident in Blyth on Wednesday.

Ms Neal was remanded in custody by magistrates in Newcastle and will next appear at crown court on 3 June.

Northumbria Police said two other people arrested have been bailed and their investigation is continuing.

The BBC understands the dog has not been destroyed.