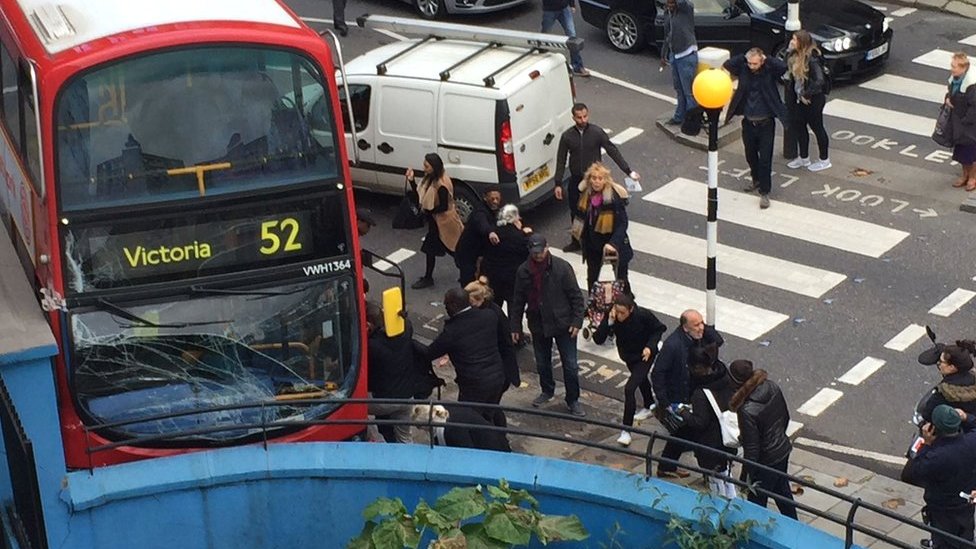 One woman was trapped and 13 other people were injured after a bus crashed into a wall in west London.

A witness said the woman was stuck beneath the double-decker when it left the road and hit a building in Ladbroke Grove, shortly before midday.

The woman was freed and taken to hospital with minor injuries.

None of the other injured people, including the bus driver, suffered life-threatening injuries in the crash, police said.

Matt Kyp, who runs a gym opposite where the crash happened, said the bus driver was trying to avoid another crash when he “ploughed off the road”.

He said the “bus went from one side [of the road] to the other and picked up pace”.

He said it was a “big operation to remove the woman” but said she had been “talking to the ambulance crew” from under the bus.

The number 52 bus was had been travelling along Ladbroke Grove towards Victoria when it mounted the pavement near to the junction with Canal Way.

London Ambulance Service (LAS) said it had sent “multiple resources to the scene” including four ambulance crews and the Air Ambulance.

Ladbroke Grove has been reopened although the bus remains on the pavement.

Osborne warns of cuts in Budget

Asda fined over dead mice and flies at...