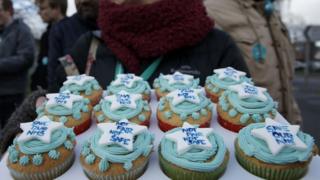 Attempts are under way to avert a second doctors’ strike in England, as hospitals battle to re-arrange thousands of operations postponed because of the contract dispute.

A 24-hour walkout by junior doctors will end at 08:00 GMT, and conciliation service Acas says it hopes formal talks can restart by the end of the week.

The next proposed strike is a 48-hour one beginning on 26 January.

More than 4,000 operations have had to …read more

'Chatted up' tourist beaten up near Tube station

Boil water advice for homes in Tameside and...