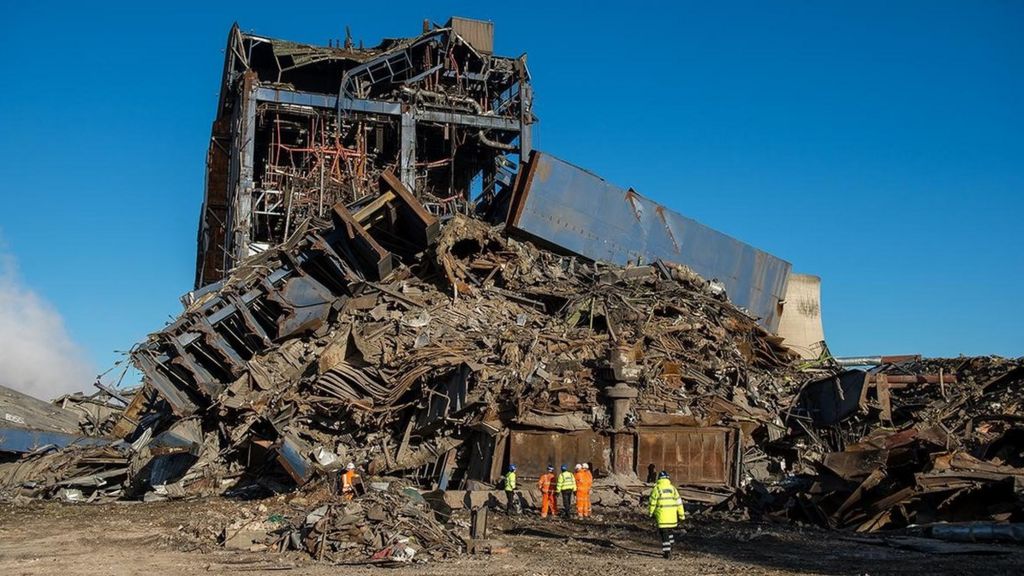 Work to recover the bodies of three men killed when Didcot power station collapsed has been halted because contractors have reached a 50m “exclusion zone”.

Site owner RWE Npower said work cannot continue until the rest of the building is demolished.

Four workers died when the plant collapsed on 23 February.

The company said it understood the news would be “deeply distressing” for their families.

The firm said it would use a demolition technique that would allow the standing remnants to fall away from the existing pile of debris.

A spokeswoman added: “Our absolute priority is to recover their loved ones as quickly and as safely as possible.

“The remainder of the structure is currently considered unstable. Sadly, this means that, until the remaining standing structure can be safely brought down, we have restricted access to the recovery area.”

The firm has announced plans to bring the rest of the building down by a controlled explosive demolition.

The bodies of Christopher Huxtable, 34, from Swansea, Ken Cresswell, 57, and John Shaw, 61, both from Rotherham, have not yet been found following the collapse of the boiler house.

Steve Hall, Mr Cresswell’s son-in-law, has objected to the use of explosives at the site and said: “We want the men back in one piece, not many pieces.”

The body of Michael Collings, 53, from Brotton, Teesside, has been recovered from the site.

The decommissioned Didcot A plant closed in 2013 and demolition work was taking place when it collapsed.

The cause is being investigated jointly by police and The Health and Safety Executive.