Tweets by members of pop group One Direction – and about the World Cup – preoccupied UK Twitter users in 2014.

Six of the top 10 most mentioned tweets were about matches at the tournament, statistics from the company show.

Germany’s 7-1 semi-final defeat of hosts Brazil was the most tweeted event, followed by Wayne Rooney’s equaliser for England against Uruguay.

The 23 July message – “4 years. Thank you to everyone who is involved in this. I feel so lucky to be part of it. Everyone who has worked with us thank you..” – has been retweeted more than 359,000 times.

In terms of news, the disappearance of Malaysia Airlines flight MH370 in March was the most talked event by UK users in 2014.

It was followed by the Scottish independence vote; the inquest of Mark Duggan, who was shot by police in Tottenham, north London in 2011, and the deaths of US comics Robin Williams and Joan Rivers.

The third most tweeted event overall in the UK in 2014 list was Daniel Sturridge’s equaliser for England in the team’s eventual defeat against Italy, followed by new year celebrations and Germany’s defeat of Argentina in the World Cup final match.

The other World Cup tweets to make the top 10 list were about Croatia scoring against Brazil, and the Netherlands’ 5-1 victory over Spain in their opening match, while matches involving Manchester United and Real Madrid, and 1D’s best video Brit Award win in February also attracted attention. 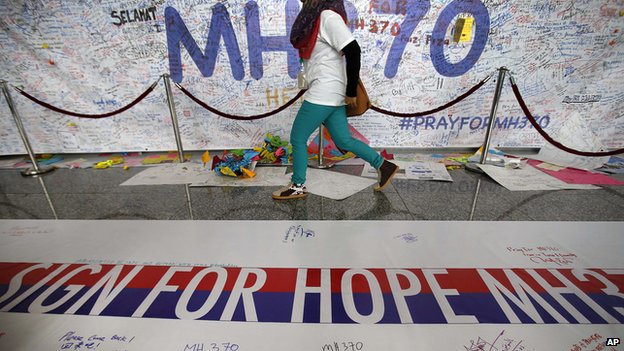