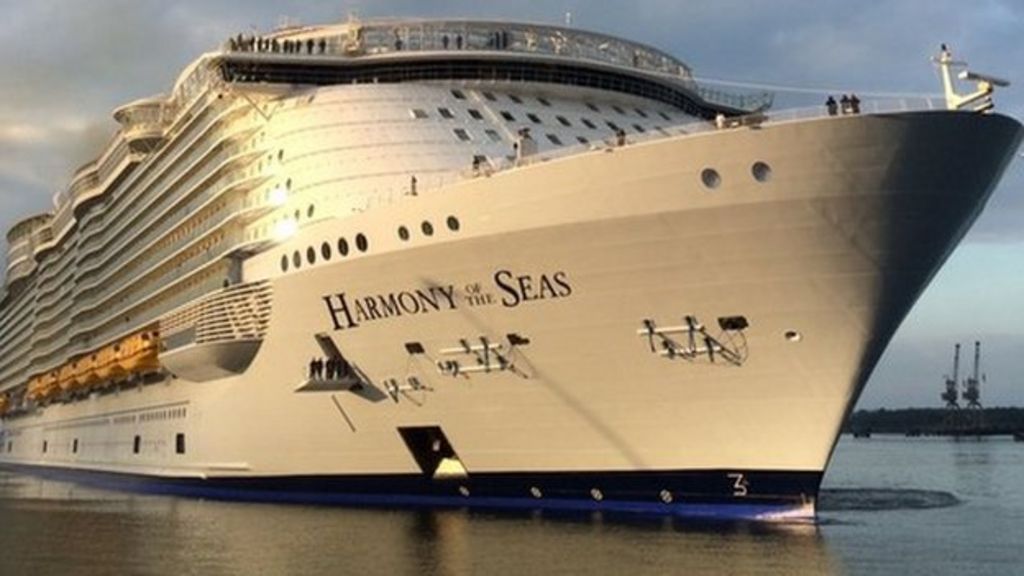 The world’s largest cruise ship, Harmony of the Seas, has arrived in the UK.

It features 20 restaurants, 23 swimming pools and took more than two-and-a-half years to construct.

The 70m (230ft) high cruise ship had its first trial in March when it was guided out to sea from the port of Saint-Nazaire.

It will leave Southampton for a four-night cruise to Rotterdam on 22 May.

On 26 May it will leave the city again for a three-night cruise to Cherbourg before finally leaving Southampton for its summer base of Barcelona on 29 May.