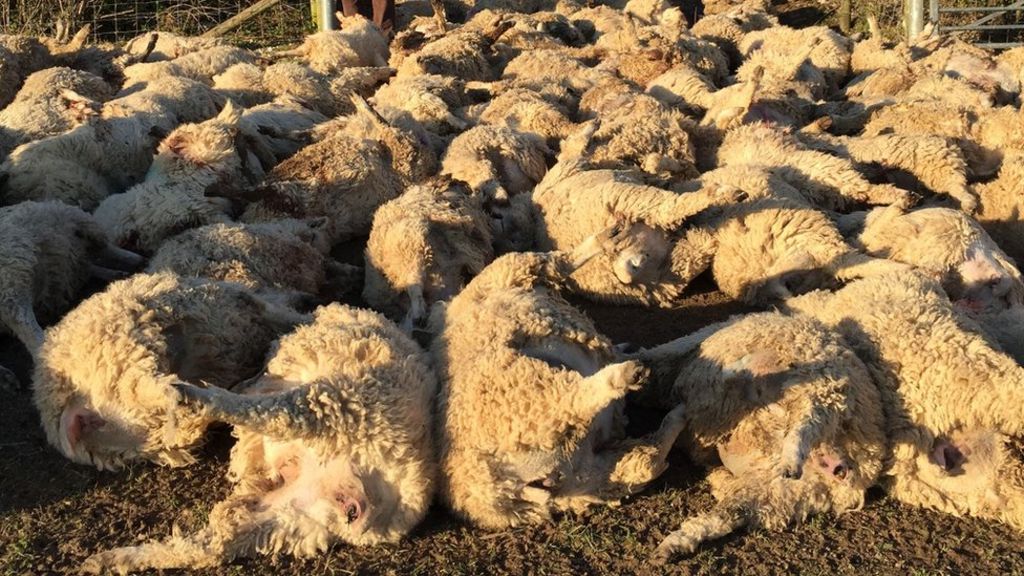 A flock of 116 sheep thought to have been killed in the UK’s “worst sheep-worrying attack in memory” died just three hours before they were found.

The animals, many of them pregnant, were discovered on 7 March by farmer Gordon Wyeth in a field at West Dean Estate near Chichester.

Sussex Police said they had narrowed down the time of the incident to a few hours on the morning they were found.

Rustling or a low-flying helicopter have been ruled out as possible causes.

The sheep had panicked and died either from shock or by being crushed.

Sgt Tom Carter thanked people who had come forward with information about this “horrific event”.

“As a result, we now know that the sheep were alive around 10am on the Monday, only three to four hours before they were found dead.

“We have ruled out the cause being a low-flying helicopter and while we have considered a suggestion that sheep rustlers may have been involved, we have had no other reports of rustling in Sussex and given the new timeframe, this makes it extremely unlikely.

He urged people to keep their dogs on a lead in rural areas, adding: “A farmer can legally shoot a dog that is chasing livestock and seek compensation from the person responsible for the animal, so please don’t take the risk.”

The flock died just north of the A286 at the eastern end of West Dean village.

James Osman, the National Farmers Union adviser for Sussex, previously said he believed it was the worst incident of its kind in living memory.

EU Referendum: What happens to jobs and growth...